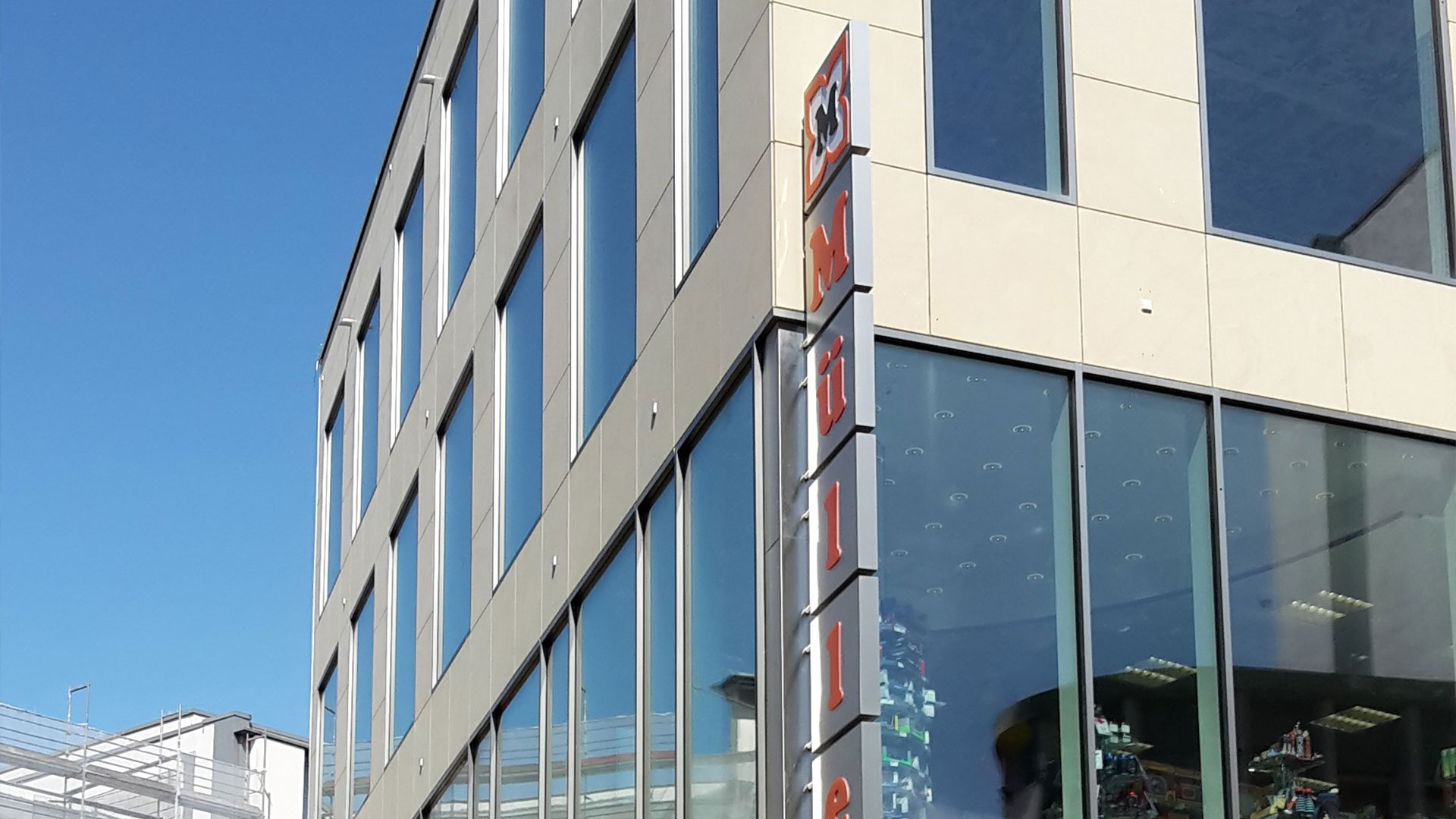 The task: Located prominently on the Wall or at the Von-der-Heydt-Platz in Wuppertal, a vacant commercial building is to be completely redesigned. The new occupant was Müller (drugstore).

The implementation: After the complete gutting of the building, we started with the revitalisation and restructuring. In order to make the facade facing Von-der-Heydt-Platz more modern, more attractive and more appealing to customers, the delivery and main access at this point was dismantled and relocated to the embankment. By removing the existing post-and-beam façade and installing a modern, curtain-type sandstone façade with large glass elements, the quality of stay at Von-der-Heydt-Platz and Wall was significantly increased. We restructured the ground floor and the first floor into retail space. The second and third floors now house the drugstore's staff rooms and general office space.