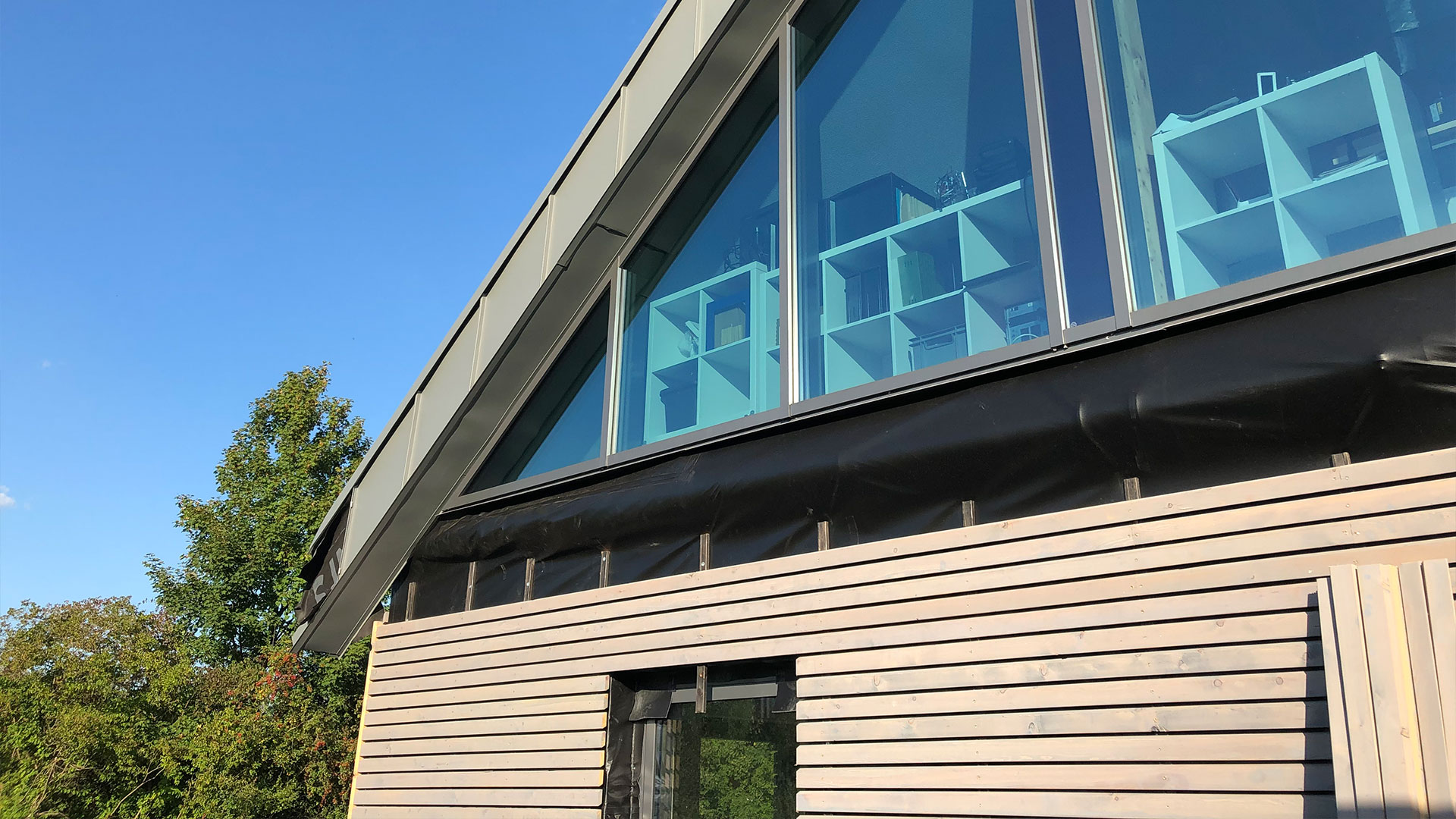 The task: The new company building for Komdruck AG was to be based on the company logo and take the form of a triangle.

The realisation: To compensate the sloping position of the site, we planned and realised a base storey in solid construction, on which the triangle - mainly in timber construction - was placed. The facade is a classic mullion and transom facade. In addition to storage, technical and workshop areas, the building mainly houses production, exhibition and office rooms, as well as the in-house product development (hardware / software).

New construction of an office and production hall