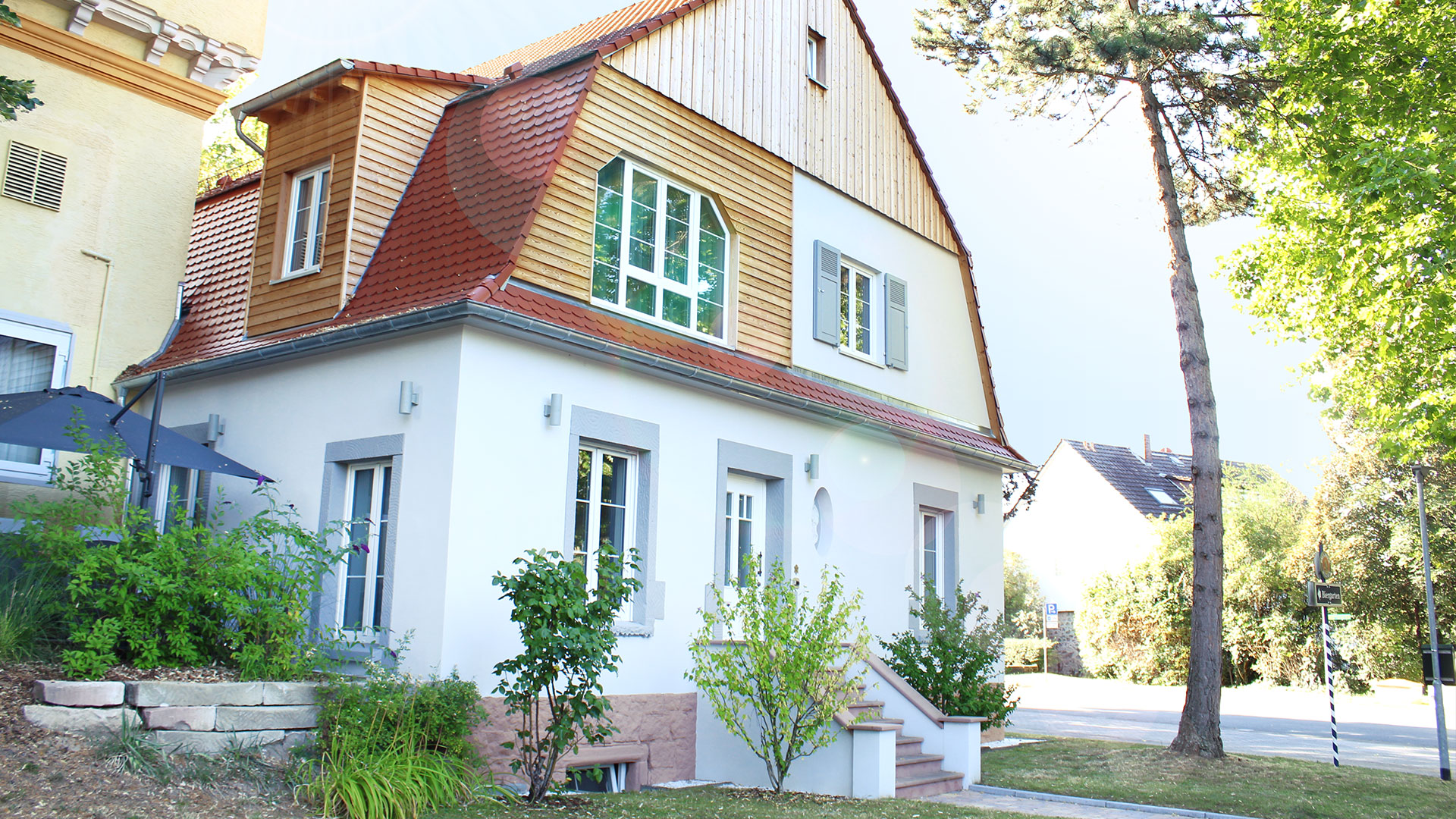 The task: Deprived of its roof by a fire in the early 20th century, a Metzendorf villa dating from 1905 and used purely as a storeroom lay dormant for many years. This Sleeping Beauty slumber was to be ended.

The realisation: Our team, together with a partner familiar with dealing with historical building fabric, successfully realised this project. We reconstructed the missing attic storey and the originally detailed façade from old photographs and rebuilt it in the former form of the mansard roof in a manner befitting a listed building. Today, the old/new "Villa Erika" is once again a jewel in the ensemble at the Kronepark in Bensheim-Auerbach, which also includes our Auerbacher Haus.